On my Facebook Newsfeed, I saw a post about the release of a new book. The person is not added to my profile, but due likes and comments of mutual friends I saw the post. The book's name is "Chakra" and is written by a respected authoress Ms. Ritu Lalit. I remember reading her book "Hilawi", liked it.
As soon as I saw the cover image, it reminds me of another book that was recommended by a book reviewer friend of mine. The name of the book is "Baramulla Bomber" and is written by Suraj 'Clark' Prasad. The book is well known, and well received by many readers. The cover image of 'Chakra' and 'Baramulla bomber' has striking similarity between the theme and concept. And it looks a clean 'copy' of the same. The former is yet to release, while the latter is released in July, 2012.
Amazing! Isn't it.
See it yourself. ;) 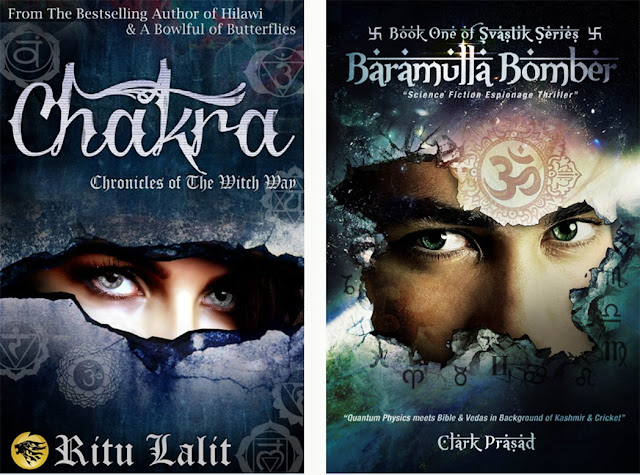